If customer authentication and transaction verification are critical issues, a PKI-based identification system is called upon. Based on cutting edge cryptographics algorithms, PKI technology is continuously developed for staying ahead of the curve in terms of protecting the users and service providers from cyber threats. RaulWalter has experience in assisting its clients at implementing and maintaining PKI-based customer identification systems. 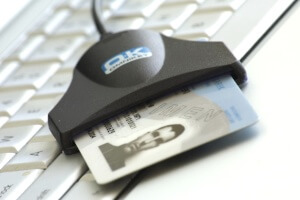 If the service is targeted to residents of a country that equips its nationals with a digital ID-card (majority of the EU countries, as well as countries across the world such as Hong Kong and South African Republic), it can prove to be cost-effective to use the same ID-card as the access token for the e-service.

Furthermore, RaulWalter’s competences include the mobile phone based branch of the PKI technology – Wireless PKI or Mobile ID. This enables the customers to log into online banks and other e-services on their computers or smart devices by using their mobile phone as an authentication device. Read more about Mobile ID.